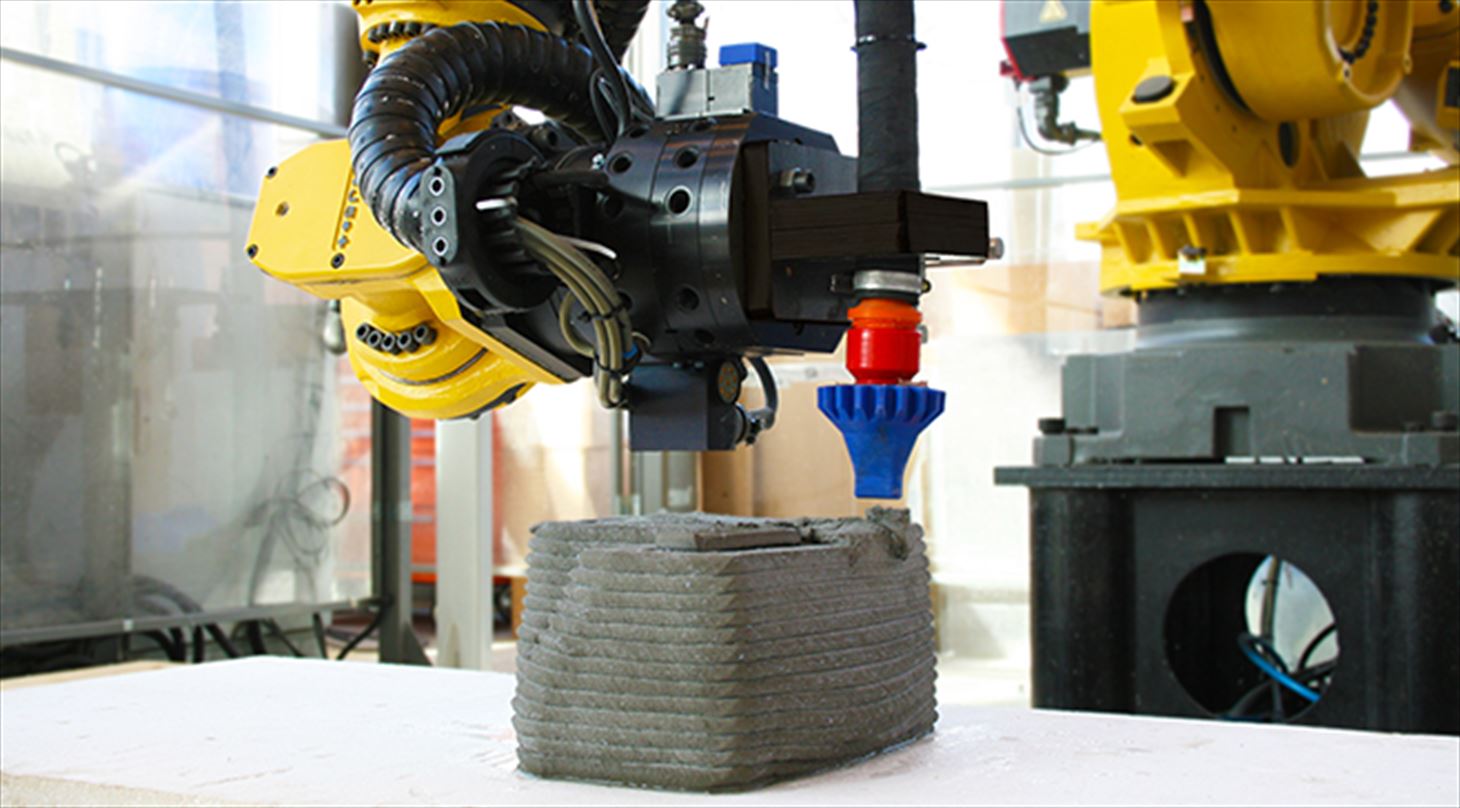 3D printing or additive manufacturing is a process of making three dimensional solid objects from a digital file. Industrial robot arms are typically used in applications such as pick and place, welding, trimming or machining, but that doesn’t mean robots can’t be used for 3D printing. This concept extends to industrial robots in construction for concrete 3D printing.

Robotic 3D printing systems have become popular, mostly in construction and architecture. The creation of a 3D printed object is achieved using additive processes. In an additive process, an object is created by laying down successive layers of material until the object is created. Each of these layers can be seen as a thinly sliced horizontal cross-section of the eventual object.

As an example, the Danish Technological Institute uses RoboDK to program robots to build 3D Printed Buildings project. In a matter of days after getting started with RoboDK, Teknologisk Institut was building successful sample parts in concrete.

The workflow CAD-CAM with RoboDK was very straightforward. Thanks to RoboDK we were able apply our 3D concrete printing skills and the developed concrete mix design to our Fanuc robot for concrete 3D printing in a very short time. 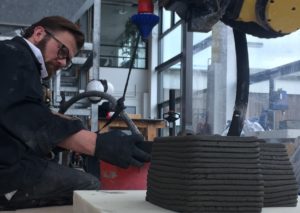 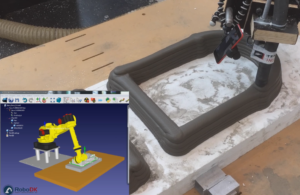 RoboDK simulation and offline programming tools can be easily used to convert machine code to robot programs. For manufacturing applications such as 3D printing or machining it is possible to integrate 3rd party software such as slicer software or CAM software with RoboDK and quickly accomplish successful results.

Learn how to simulate and program a robot arm for 3D printing: http://www.robodk.com/examples#examples-3Dprint

Do you have an industrial robot? We invite you to try RoboDK software now.