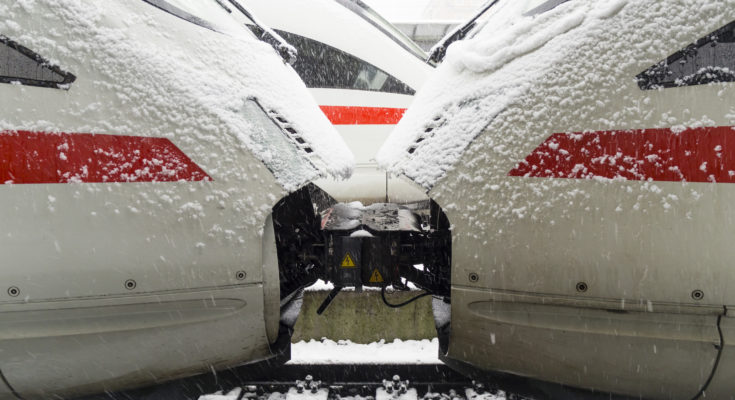 Inspection is a monotonous and thankless task — a perfect candidate for robotics! On the railway it’s not so easy… unless you use RoboDK.

Have you ever looked at the linkage between two railway carriages?

If you have, you will have noticed a coupling holding the two carriages together. This coupling is not just mechanical, it also contains important electrical cabling which carries signals between the different parts of the train. When the carriages are coupled together, these electrical points must be securely connected with good conductivity, otherwise, the security of the train may be compromised.

Creating a secure electrical connection is not always easy. We have all experienced the infuriating situation when we plug in an electronic cable (e.g. the charger of our phone) and it doesn’t work. We unplug and replug the cable… and eventually, the connection works. Obviously, such a situation would be unacceptable on a railway. The coupling needs to be functional every single time it is plugged in. To achieve this requires regular inspection.

Meet… The Team at Glasgow Caledonian

This case study comes from research from a team at the Glasgow Caledonian University in the United Kingdom (UK).

The team were contacted by a train operating company which was looking to automate the inspection of its rolling stock couplings (“rolling stock” is a term to refer to railway vehicles such as carriages, wagons, coaches, etc.)

The team consisted of senior researchers from the university’s School of Engineering and Built Environment, who are experts in automation for the railways, manufacturing, and mechanical systems.

The research results were published in October 2019 in the journal Robotics and Computer Integrated Manufacturing.

The task set by the railway company was to find a way to automate the inspection of the electric head of their couplings.

This is a task that is currently carried out manually by inspection technicians.

It takes 30 minutes for a technician to carry out the task by hand.

This time quickly mounts up when you consider the number of carriages in use by railway operators. For example, the UK National Rail has plans to have a total of 7,000 carriages in operation by 2021. With 2 couplings per carriage, this amounts to 875 days (full-time 8-hour shifts) of work just to inspect this number of couplings once.

Inspection is a great task to give to a robot, as we have discussed before regarding manufacturing inspection.

The Problem: Costly, Unsafe, and Inconsistent

The problem for railway companies is that this type of preventative maintenance is vital but costly.

There are at least 3 reasons that robotic automation is a good option for this task:

The Solution: Industrial Robot With RoboDK and Matlab

The researchers chose to solve this problem with an industrial robot programmed with RoboDK and Matlab.

As the researchers explain “The overall process might appear trivial for skilled operators but offers interesting challenges for an [autonomous robotic system].”

The challenges from a robotics perspective include:

The researchers chose the following hardware setup for their system:

One of the main research outputs of the project was to prove the visual servoing concept which the team employed to detect the position of the coupling with the combined 3D camera software.

The software setup was based around Matlab, which gave the researchers the capability to incorporate the 3D vision system with the robotics. This makes RoboDK the perfect choice for their robot simulation because Matlab links easily through the RoboDK API.

The software components were:

The Future of Automated Railway Inspection?

Through this project, the researchers were able to demonstrate that robotic inspection of railway couplings is possible. They were able to achieve a proof of concept and showed that the individual components of the system work, particularly the visual servoing detection of the coupling.

As shown in the following video, the system that the researchers created is able to autonomously detect the coupling and test the electrical points using their custom end effector.

Which inspection tasks could you give to a robot? Tell us in the comments below or join the discussion on LinkedIn, Twitter, Facebook, Instagram or in the RoboDK Forum. 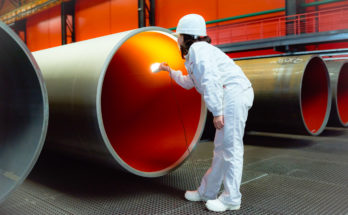 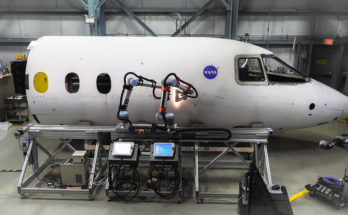 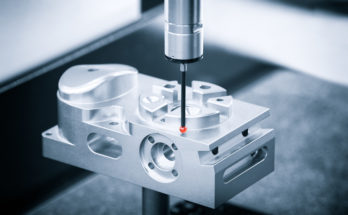 5 Steps to Assess If You Can Use a Metrology Robot