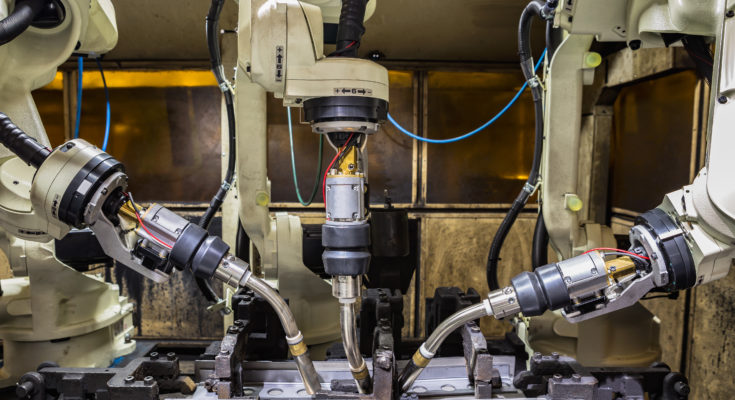 Robots are everywhere!… or are they? Some industries are more affected by industrial robotics than others. How does your industry stack up?

If you read the news, you’d think that robots are everywhere. While it’s certainly true that robots are becoming ever more popular, some industries are more affected than others.

How does your industry stack up against the others? In this article, we’re comparing the top industries for industrial robot use over the last couple of years.

If you work in an industry on this list, it’s more likely that you are either already working with robots or you will be soon!

Either way, it’s not something to be concerned about. Most knowledgeable industry commentators agree that robots do not take jobs. In fact, adding robots to a company is more likely to create new jobs. If your industry is on this list, it’s something to celebrate!

Workers are even starting to trust robots more than they did in the past. According to a recent survey by the World Economic Forum, two-thirds of employees say they would trust a robot boss more than a real one… though perhaps that just shows that people generally don’t trust their boss.

Robots Are Now Ever More Popular

What’s the reason for this growth?

Partly improved robotic technology. However, a wider economic change has also increased the need for industrial robots in many sectors. After the global financial crisis in 2008, corporations needed to find ways to become more productive and competitive. Robots provided a way to achieve this and they have continued to bring those benefits to businesses.

One Sector Beats Them All

Robots are changing a whole range of sectors including healthcare, military, and mining, as well as disrupting sectors like agriculture.

But, there is one sector that has been affected by robotics more than any other…

Within manufacturing, there are a variety of more specific industries, some of which are using robots more than others.

The Top 5 Industries Which Use Industrial Robots

The International Federation of Robotics (IFR) releases its World Robotics report every year. The latest report, published in September 2019, showed that the following industries have installed the most industrial robots over the last three years (with the last full-year figures being from 2018).

If you work in one of these industries, it’s likely that you already use industrial robots or (if not) that your competitors do!

Compared to the other industries in this list, the food industry has relatively few industrial robots with less than 20,000 robots installed in 2018. However, it’s certainly a growing industry with applications like pick and place for raw and processed foods, cutting and slicing, dispensing, and sorting. The Robotic Industries Association commented recently that the food industry is “Robotics Next Frontier.”

At around 20,000 new robots installed in 2018, the plastic and chemicals industry is seeing a lot of industrial robots being used for tasks like material handling, dispensing, assembly, and processing. The market is predicted to grow by more than 10% by the year 2021.

As robot manufacturer KUKA says on their website “The metal industry is one of the most versatile industries and therefore predestined for robot-based automation solutions.” As the third biggest market in 2018, with around 50,000 new industrials robots installed, the data certainly bears this out. Robots are used for a whole range of applications in this industry, including welding, painting, and loading/unloading.

This is the second top industry using robots with over 100,000 new robots installed in 2018, a drop from the previous year following a decrease in demand for electronic devices. Despite this recent drop, electrical and electronics companies have been increasing their adoption of robots for some years now. Robots are particularly useful for the cleanroom environment as they do not contaminate and they are most often used for pick and place tasks or assembly.

Other Industries That Heavily Use Industrial Robots

The list above comes from the most recent IFR World Robotics report. However, there are a couple of notable industries which are also being affected by robotics to a large degree: warehousing/logistics and the pharmaceutical industry.

According to a recent market report, the warehouse robotics industry is projected to grow at a rate of 11.7% and reach $6,471 million by 2025. With warehouses now operating which require no human workers at all (aside from those to maintain the robots, I imagine) it is certainly not surprising that warehousing robots are on the rise.

The pharmaceutical industry was one of the top industries listed in McKinsey’s Industrial Robot report of 2019 with investment in this industry increasing to allow companies to cut costs, improve quality, and increase productivity.

What to Do If Your Industry Isn’t On This List

If your industry isn’t listed on this list, it doesn’t mean that you can’t use robots in your business. In fact, many of the most popular robot applications are applicable to almost any industry.

But, if your industry is on this list and you’re not using robots… you might like to think about how you could incorporate them into your workflow.

Any questions about the industrial robotics market? Tell us in the comments below or join the discussion on LinkedIn, Twitter, Facebook, Instagram or in the RoboDK Forum. 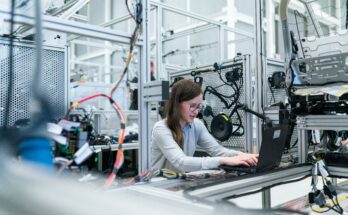 How to Choose a Robot Simulator 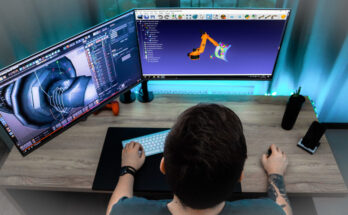