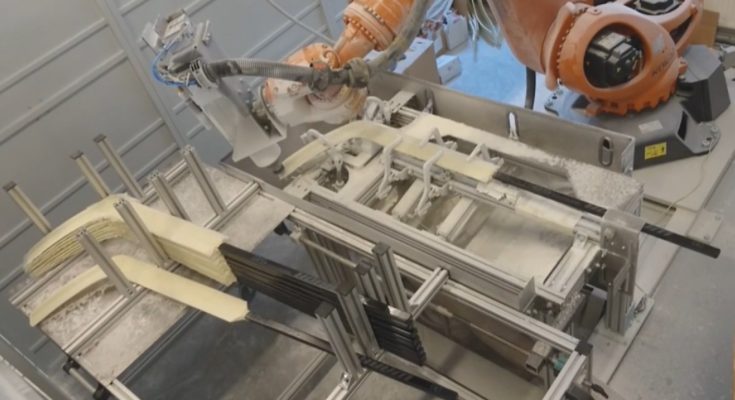 This case study shows an ingenious use of robot milling to produce ice hockey sticks. We never knew that they were so challenging to make!

Do you know how ice hockey sticks are made? Like many manufacturing processes, there’s a fascinating journey to convert raw materials into a fully functional stick.

It’s a process which can be improved by robotic milling and offline programming.

Recently, Sunrob Robotics in Finland got in touch with us to demonstrate their ingenious robot milling application using RoboDK.

In this case study, we introduce Sunrob Robotics and their impressive robot milling application.

Sunrob Robotics is a Finnish provider of turnkey robotic solutions using KUKA robots. They have 20 years experience integrating KUKA robots in many industry sectors with various materials, including food, metal, plastics, and wood.

In their latest application, the team used RoboDK to create a bespoke ice hockey stick milling station for a client. 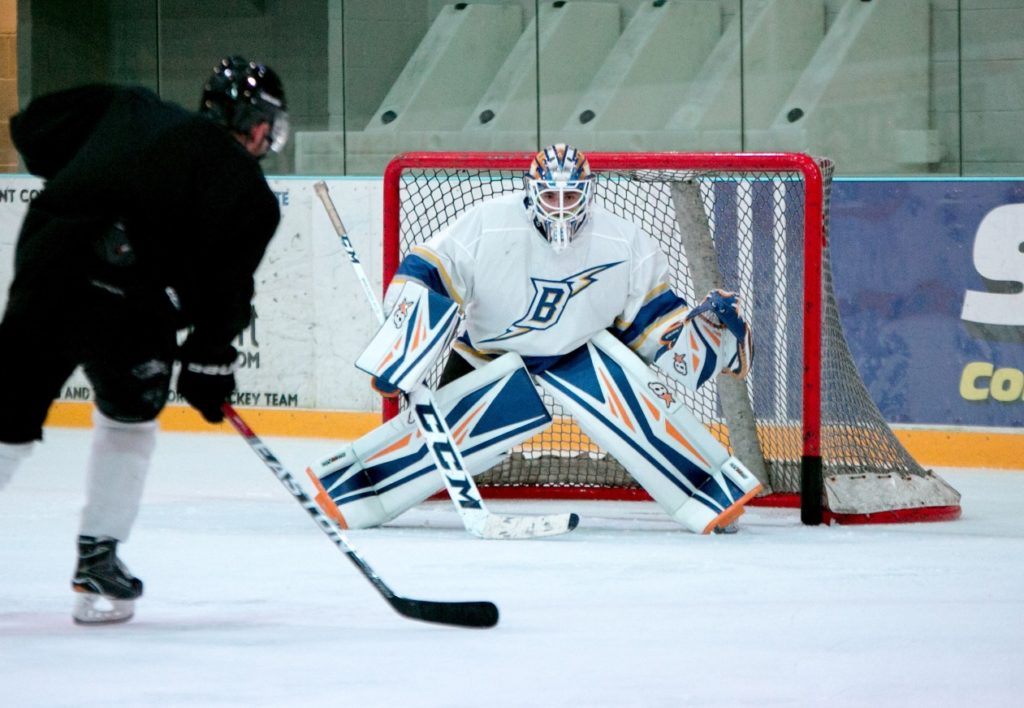 Ice hockey sticks need to be both strong and flexible, as they have to withstand forces of over 110 lb (490N) often during the game. They are manufactured using a variety of materials, including wood, graphite, and fiberglass. But, the most common type in professional games is composite sticks, which are often made with a solid plastic core wrapped in fiberglass or graphite (carbon fiber) sheets.

The basic steps (highly simplified) for creating a composite stick are:

Hockey sticks vary hugely in size and shape — the ones in this specific application were for goalies. At the top level of the game, players have their sticks custom made to their specifications. Players also frequently break their sticks performing “slap shots” (where they push the stick into the ice to bend it then release the elastic energy to catapult the puck at up to 100 miles per hour). The average player goes through 70-120 sticks per season.

All these factors lead to significant challenges for the manufacturers of ice hockey sticks. They need to produce many, high performance, customized sticks every season whilst also making their mass production models for the general public.

What a perfect application for robot milling!

Robot milling is an ideal solution when you need to cut custom shapes from large workpieces. It has no limitations on size, which means that milling robots can outperform traditional CNC machines.

However, robot milling can be tricky if you don’t pick the right software. Offline programming solutions can be costly and often require that you pay for extra add-ons for milling applications.

The team at Sunrob Robotics recognized that they needed a cost-effective solution which was highly flexible, allowing them to easily load new hockey stick designs into the robot program with minimum effort. They chose RoboDK, which comes with a milling wizard as standard.

Here is a video of their application:

3 Things We Love About Sunrob’s Application

There a few things about this application which really impressed us here at RoboDK. The team have integrated a seamless manufacturing process which perfectly meets the task requirements.

Here are 3 things that really stood out to us:

The 5 Steps to Make an Ice Hockey Stick with RoboDK

Let’s have a look at how the team at Sunrob Robotics achieved this impressive application.

Each design of hockey stick followed the following 5 steps:

As we have explained, each goalie has their own personal design for their stick.

Sunrob Robotics uses a handheld laser scanner to make a 3D model of each stick, which they then replicated exactly with robot milling.

2. Create a milling program with RoboDK

The team then turned this model into a machining path with their favorite CAM software. RoboDK is software-agnostic in this regard so you can use whichever CAM package you most prefer. For more details about this, see this article.

Once the machining path was generated, they then created the robot program automatically using RoboDK’s machining wizard.

As you saw in the video, the robot starts by picking a new preform from the pile and placing it into the clamps.

To ensure that the milling is accurate, the preform is then scanned with a laser scanner. This information is used to align the milling operation with the preform.

5. Mill exact copy of the stick

Using robot milling, the preform is then cut into the precise shape of the ice hockey stick. This also is where the team’s ingenious use of robotic clamps came into play, as the clamps move out of the way when the milling tool passes them.

This application by Sunrob Robotics is a perfect example of how to achieve robot milling with RoboDK. Good job guys!

How could you use robot milling in your business? Tell us in the comments below or join the discussion on LinkedIn, Twitter, Facebook, Instagram or in the RoboDK Forum.