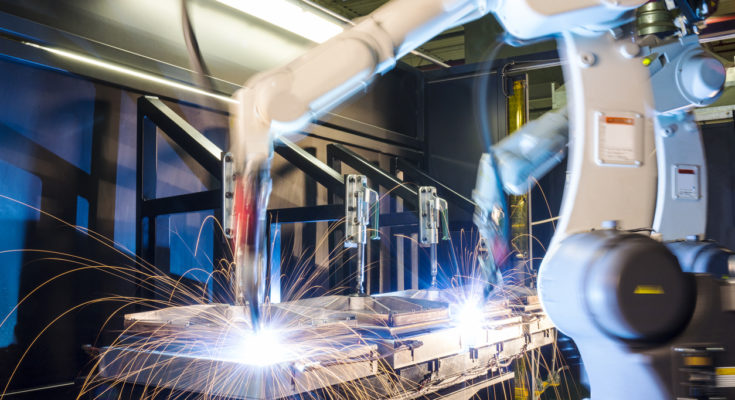 Despite some people’s misconceptions about it, robot welding can be simple and easy… if you follow the right steps. Here are 5 benefits of robot welding and 5 steps to flawless robot welding.

Welding has been a popular task for robots since the first ever industrial robot, the Unimate, spot welded cars in 1961. More recently, robot welding has become a compelling way for companies to deal with the lack of skilled welders in the job market. According to the American Welding Society, there will be a shortage of 400,000 welders in the USA by 2024.

Robots are a great way to achieve some welding tasks. They can help you to tackle the skills shortage as well as improve productivity, quality, efficiency and more.

However, a big restriction for many companies is that programming robots can be hard. For small operations, the time it takes to program the robot can outweigh the time for the welding operation itself, making it difficult to justify the time investment.

Skilled welders have the ability to make very accurate, neat welds. However, welding is one of those tasks where a robot will almost always be able to perform better than a human. Even the best welders cannot match them for consistency, speed, and efficiency.

There are various benefits to robot welding. Here are five of the clearest:

Robots are able to move faster than human workers, which contributes to a shorter cycle time per part.

They can also work without taking breaks which contributes to more parts per day.

Over time, these small boosts can contribute to a huge increase in overall productivity.

2. Better Use of Skilled Workers

The shortage of skilled welders doesn’t look to be going away soon. Industries have been raising concerns about the welder shortage for over a decade now and the number of unfilled posts is only rising. Using robots for the more routine welds is a great way to make better use of the skilled welders on your team.

Even the most consistent human welder cannot beat a robot’s consistency and quality. The robot will make exactly the same movements every time to a high degree of accuracy.

Welding can be a dangerous job. It involves scorching heat, blinding sparks, high voltages, and deafening noise. Having a robot perform the weld means that a human worker is not exposed to these dangers. 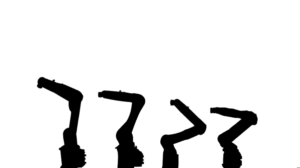 Human welds are often larger than they have to be simply due to human inconsistency. Even welds which are slightly oversize can add up to huge costs in the long term. Some research found that welds of only 1mm oversize could cost a company $10,000 per year.

The 5 Steps for Flawless Robot Welding

Despite some people’s misconceptions about robot welding, the process does not have to be difficult or take a long time. If you pick the right hardware and programming interface, you can achieve flawless robot welding with the minimum of stress.

Here are the 5 steps to flawless robot welding:

1. Clarify Your Task and Welding Type

With every robot application, before you do anything else it is important to first clarify your task. Be clear about which steps you want the robot to perform. Write them down and discuss your plan with your team.

You will also need to clarify what type of welding the robot will be doing. There are several types of robot welding but two most common types are:

Spot welding has long been the most popular type of robotic welding, especially in the automotive industry. However, robot arc welding is growing in popularity and is now easier to achieve than ever. 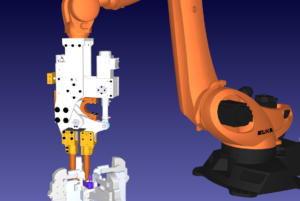 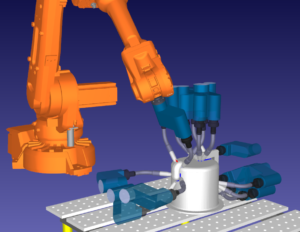 2. Get the Right Hardware for the Job

When your task is clear to you, the next step is to pick the right robotic hardware. There are at least four components of this:

Some people think that programming a welding robot is an arduous job. This can sometimes be true when you use the robot’s teach pendant, which can require you to input each point individually. However, it doesn’t have to be like this. With the right programming interface, you can program the robot quickly and easily.

Have a look at our spot welding example to see how RoboDK can be used to program a welding task.