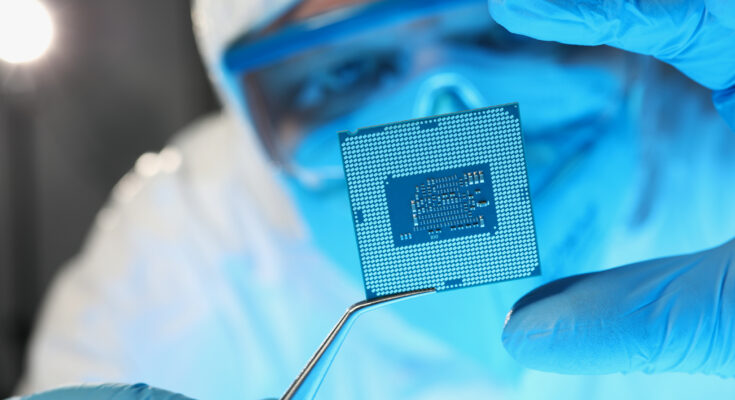 You might not have considered embedded robotics before, but there are some ingenious ways you can use an embedded system for robotics programming.

RoboDK now supports several of the world’s most popular embedded computers. Despite the comparatively low computing power of such machines, you can create some powerful new robotic applications with them.

What could you achieve by running RoboDK on an embedded computer?

Here’s an introduction to the embedded version of RoboDK and the systems it supports.

Why Program a Robot with an Embedded Computer?

You might wonder why you would choose to program a robot with an embedded system. After all, isn’t robot programming a task that you would usually perform with a computer or the robot’s teach pendant?

But, programming your robot with an embedded system can be extremely useful for some applications.

Embedded computers are basically just small, lightweight computers. They are perfect for running specific computing tasks. Most people program their robots from general-purpose computers that have far more computing power than they really need.

With a little bit of imagination, you can come up with a range of robotic uses…

When might you use an embedded computer for robot programming?

In such situations, an embedded computer running RoboDK will be a simpler, easier, and lower-cost solution than adding a dedicated computer.

RoboDK now supports some of the world’s most popular embedded computers. These systems are low-priced and easy to find.

Some are more powerful than others, but they can all run RoboDK. That means you can use them to program any of the hundreds of robots that are in our Robot Library.

The 3 top embedded computers for robotics that RoboDK supports right now are:

Let’s have a look at each of these systems individually and how you might use them for your next robotic application.

Arguably the most famous single-board computer in the world, the Raspberry Pi is a favorite of makers across the world. It is used extensively by educators, hobbyists, and industrial users.

The Raspberry Pi series of small single-board computers first came onto the market in 2012, with various new versions released since then. The boards are based around ARM processors and incorporate a range of modules including WiFi, Ethernet, GPIO, and display.

With RoboDK’s new version for Raspberry Pi, you can run the programming environment directly from the board just by plugging in a normal computer display.

The Nvidia Jetson range of embedded computers has been on the market since 2014. What sets these single board computers apart from others is their impressive graphics processing capabilities, which are designed to help with artificial intelligence (AI) applications.

Users of the boards have already shown great ingenuity in AI robotic projects, including using them for applications such as search and rescue drones, AI robot pets, and face mask detection.

The NanoPi NEO possibly holds the title of being the smallest embedded computer on the market. It is both smaller and faster than the Raspberry Pi Zero (a tiny version of the Raspberry Pi aimed at Internet of Things (IoT) projects).

The board includes peripherals such as a MicroSD slot, GPIO, and Ethernet connectivity.

RoboDK version for NanoPi NEO provides the opportunity to develop integrated robotic programming workstations with an extremely small form factor. In fact, the cables going into the board would likely take up more space than the board itself!

Which Embedded Robotics System Will You Choose?

With RoboDK’s new support for these embedded computers, there are now a wealth of possibilities for completely integrated robotic applications.

Which board should you choose? In a way, it doesn’t matter.

With their low cost and generally high availability, you could even purchase all 3 boards and test them out for yourself! However, a good place to start comparing the different boards is by looking at the performance of each and matching those against the needs of your application.

What applications could you try? As with many projects in the world of robotics, the only thing that holds you back is your imagination!

We look forward to seeing what you come up with with the new embedded versions of RoboDK. And let us know what projects you’ve developed by posting them in the RoboDK Forum.

What projects can you imagine for embedded RoboDK? Tell us in the comments below or join the discussion on LinkedIn, Twitter, Facebook, Instagram, or in the RoboDK Forum. Also, check out our extensive video collection and subscribe to the RoboDK Youtube Channel 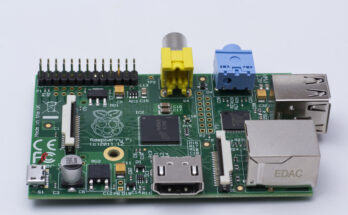 How to Get Started with RoboDK for Raspberry Pi 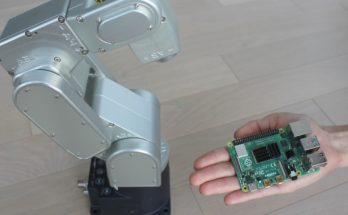 What is Raspberry Pi and Why Is It Good for Robot Programming?