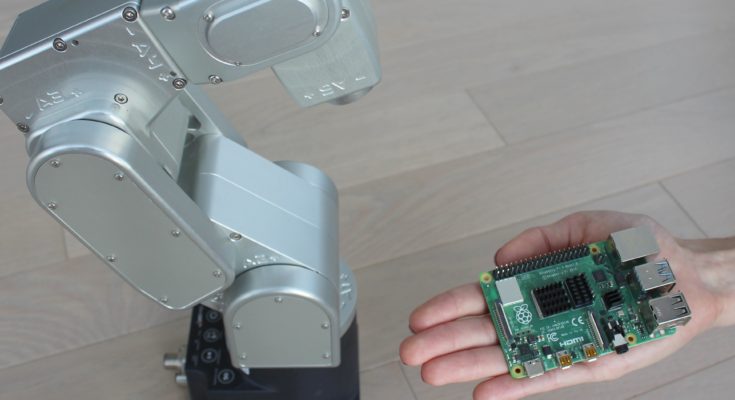 We now support Raspberry Pi! But, what is a Raspberry Pi? Should you use one? Is it really good for robot programming? Let’s find out.

The Raspberry Pi has produced a quiet revolution over the past 7 years. At the simplest, it is a tiny, low-cost computer the size of a credit card which was designed for educational purposes. But, it’s so much more than that.

The latest version of RoboDK now supports Raspberry Pi for the first time! You can now use the power of this impressive little computer for offline robotic programming and simulation.

What does a small computer have to offer you? The repercussions of such a simple device are often difficult to predict. If you are familiar with the Arduino, the Raspberry Pi has done for high-level computing what the Arduino has done for low-level electronics. It has allowed anybody to design and build their own embedded computer systems. This simple feature has led to an impressive and endless stream of innovative projects over the last 7 years both by hobbyists and within industry.

RoboDK+Raspberry Pi combo may mostly be used for education purposes. However, it is likely that there will be far more applications than we could have ever imagined!

What is the Raspberry Pi?

The Raspberry Pi is basically a single, credit-card sized computer. It has an ARM/Broadcom SoC (System on Chip) with a GPU, RAM and both wireless and wired connectivity options.

In one way it’s that simple: Raspberry Pi is just a tiny computer.

But, in another way, it’s not that simple at all. Raspberry Pi is a highly-flexible platform that gives you the power to build whatever you want to build.

I first got my hands on a Raspberry Pi back in 2012 when the first model was released — the Model B which had 512Mb of RAM and a 700MHz clock.

Since then, there have been various models, each time with more impressive features.

Here’s how the models are compatible with RoboDK:

Which Model is Best for RoboDK?

If you’ve not invested in a Raspberry Pi yet, the Model 4 is probably the best option. RoboDK does work with lower specification machines, but its capabilities scale with your computing power. If you want to be able to handle more complex robotic projects and speed up computation time for features like motion planning, this higher specification board is probably the best option. Note that as it’s a brand new board, there may be a wait for your order for some variants.

As an example, Kunbus is an Open Source Industrial Computer (IPC) based on Raspberry Pi.

You might be wondering if such a small computer can really be useful for robot programming. After all, you can run RoboDK on a desktop computer or a laptop…

What would be the purpose of using the Raspberry Pi for offline programming your robot?

It’s a tough question to answer. As with every other Raspberry Pi project that we’ve seen over the years, the only limit to what you can do with the machine is your imagination. If you can think of an application, you can probably achieve it with the Raspberry Pi.

The best way to get the most use out of RoboDK and Raspberry Pi is to get your hands on both of them and try them out for yourself.

Who Will Use Raspberry Pi + RoboDK

As mentioned above, we imagine that a lot of the uses of this new version of RoboDK will be educational. However, we are expecting that there will be many more uses.

Here are some users who we think might find the Raspberry Pi version useful:

What could you do with a Raspberry Pi and RoboDK? Tell us in the comments below or join the discussion on LinkedIn, Twitter, Facebook, Instagram or in the RoboDK Forum. 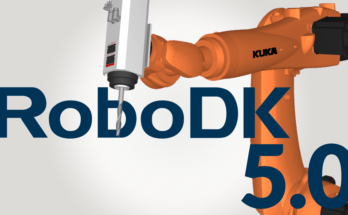 Announcing RoboDK 5.0: The Most Feature-Rich Version Yet 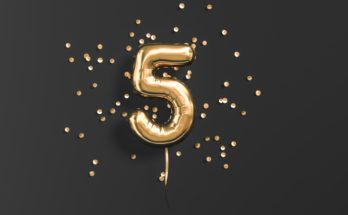