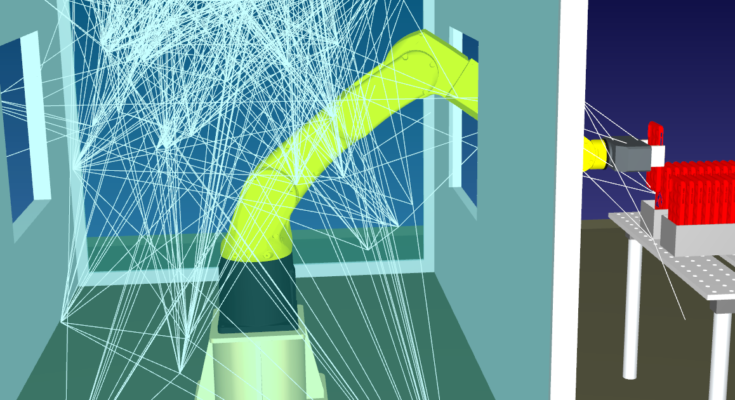 Motion planners reduce the amount of hands-on programming… but does it make business sense to use one? Here are ten competitive benefits.

Since we introduced our new PRM motion planner feature in a recent RoboDK update, we have been looking at how you can use motion planning to improve your robot programming.

The new feature can automatically create collision-free paths within the robot’s workspace. It allows the robot to avoid collisions without requiring you to spend a lot of extra time programming.

But, as with any new feature, the important question you have to ask yourself is: Does it make business sense for me to use the motion planner?

The answer: most probably!

Here are 10 competitive benefits to using a robot motion planner.

The motion planner opens you up to doing tasks with the robot that would otherwise have been very difficult or impossible. It allows you to put the robot in almost any environment and quickly produce collision-free paths to move about that environment.

By improving the number of tasks a robot can achieve and environments it can work in, the planner improves the flexibility of your entire robotic system. This improves the ROI and productivity of the robot as a whole.

Programming time costs money… but not if the programming happens automatically. The only time-consuming aspect of motion planning is the long time it takes to automatically generate the collision-free map in the first place. The great thing about this is that you don’t need to do anything during this time.

By freeing you up during the time-consuming part of the programming, you can devote your valuable time to other productive tasks.

A good offline programmer doesn’t need to be completely realistic. It only needs to be realistic enough to allow for accurate programming. However, adding more objects into your simulation makes it more realistic and can help to avoid potential collisions in the real world. The planner can avoid collisions even when these extra objects are present.

When the simulation and the real world are similar, it takes less time to debug your robot program which leads to more efficient programming.

When the collision map is sufficiently large, the movements produced by the planner will be very efficient. Researchers at MIT found that good motion planning can make robot movements quicker and more efficient.

Improving the efficiency of a robot’s movements will make it more productive.

The increased efficiency of motion planned movements also reduces power consumption. Even small changes in robot movements can make a big difference. Researchers from Chalmers University of Technology, Sweden, found that even very slight changes in a robot’s trajectory can reduce energy consumption by 30%.

By reducing the robot’s energy consumption, the running costs of the robot are reduced.

A clear benefit of using a motion planner is that it becomes much easier to program the robot. This can reduces the time it takes to learn robot programming and improves the quality of the robot programs produced.

Easier programming means less time spent training programmers and programming the robot, which means workers can spend their time on other productive tasks.

The best way to avoid collisions is to remove every unnecessary item from the robot’s workspace. However, sometimes the workspace is not as clear and clutter-free as we would like it to be. For example, there might be a pillar in the middle of the workspace. The motion planner allows you to handle these extra obstacles by adding them into the simulation and automatically avoiding them.

Being able to handle obstacles can increase the number of viable areas on your workfloor that the robot can operate. This frees up the less cluttered spaces for operations that really need a clear space.

8. Better Use of Workspace

Robot workspaces are not always intuitive to understand. We don’t always know just by looking at a robot which areas of the workspace will be the most dexterous for that particular model. As a result, we might plan a motion in a less-than-perfect area of the robot’s workspace. The planner allows us to clearly see which areas are the best for most movements.

By having a better understanding of the best areas of the robot’s workspace, we can make the best use of its capabilities and get the most from our investment.

The motion planner allows you to easily switch between multiple tasks within the same program, without adding extra programming steps. Robots are a great way to multitask, for various reasons. You can focus all your programming effort on the important parts of each task and leave the big motions to the motion planner.

By allowing you to easily join multiple robot tasks together within the same workspace, you can improve the productivity of your whole process.

If you’re using RoboDK, the new PRM motion planner is integrated into the software with an easy-to-use wizard. This makes it quite different from most robot motion planners which require a lot of extra programming even just to get them working.

The RoboDK motion planner is easy to understand and easy to use, and there is dedicated documentation to guide you through it.

A more streamlined software workflow is always more competitive. When you don’t have to jump between different software packages, it means that you can spend more time doing the productive work that matters most to your business. And, ultimately, this will benefit your whole business.

Which of these benefits do you think is most relevant to your business? Tell us in the comments below or join the discussion on LinkedIn, Twitter, Facebook, Instagram or in the RoboDK Forum. 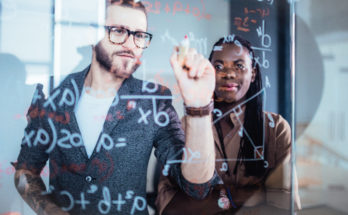 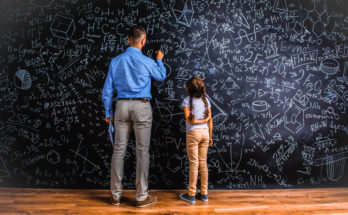 Back to Basics: Robot Motion Planning Made Easy