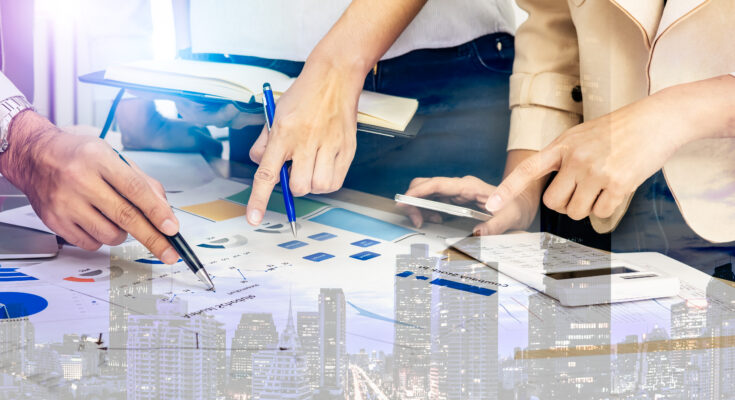 Let’s say you are considering a new robot programming tool. One that promises to make your programming easier and more efficient.

How can you be sure that the tool fits with your business priorities?

Does it make sense to invest in a new robot programming tool?

Or should you just keep programming as you have been?

You are probably familiar with the arguments for adding robots to your business. If you have been using robots for a while, you have likely seen the effect that they can have on your business priorities.

But, what about robot programming tools?

The business impacts of a programming tool are not always so clear as the impacts of the robot itself.

After all, you can always program the robot using the manufacturer’s programming language. This programming interface might not be perfect but it gets the job done.

How Robot Programming Fits in the Business

Some robot users look at their existing programming interface and might think “If it ain’t broke, don’t fix it.”

Sure, the programming options that come out-of-the-box with a robot are often slow, clunky, and difficult to use. But, you don’t have to make any extra investments to program robots in the traditional way.

The truth is that programming can have a marked effect on the business impact of your robot.

But, before you invest in a new tool, you want to make sure that it truly aligns with your specific business priorities.

There are various factors to think about when you’re considering adding a new programming technology to your business.

7 Business Factors to Consider With a New Robot Programming Tool

Everyone’s business is different and not every programming tool will be right for everyone.

Here are 7 business factors to think about when you are considering investing in a new robot programming tool:

Some programming tools require a steep learning curve before you can get the most from them. Even if such tools will ultimately benefit your business, keep in mind that they will always require more training.

Other programming tools are extremely easy to use and can be learned in a matter of minutes.

One general benefit of robots is that they allow you to improve your productivity, giving you the boost you need to scale your production. But, if your chosen programming method can’t keep up with this increased pace, it will eventually begin to hold you back.

When a programming tool is intuitive and allows you to program the robot quickly, it will keep pace as your business scales.

Many robot programming tools claim to save you time in the long run. However, you can’t consider “time saved” on its own. If a new programming tool will take a long time to set up initially, the benefits might become less clear.

A programming tool that can be up-and-running quickly is usually preferable to one that has a huge setup time.

Robots and their accessories have not always been the easiest to integrate with each other. In the past, integration always had to be done by specialist integrators and could take many months to achieve.

Ideally, your chosen programming tools should have in-built interoperability with your existing robots and accessories.

Not every robot programming tool will be suitable for every application. This is important to take into consideration when looking at a new tool. Think about both your existing robot applications and those that you plan to implement in the future.

A new programming tool will remain useful even when you change the robot’s application.

The right robot programming tool will open up new possibilities that you had not previously considered.

Modern manufacturers need to be far more agile than was necessary in the past. Changes in the market come quicker and faster than they ever did before. Plus, if you are one of the manufacturers moving to high-mix production, you’ll require more agility in your daily operations.

A good robot programming tool will give you the agility in programming that your business requires. It will be quick to learn and easy to use, allowing you to reprogram your robot at the drop of a hat.

One Way to Get Smart With Robot Programming

One robot programming tool that could align with your business priorities is RoboDK TwinTrack.

This tool allows you to program your robot by simply tracing the desired action with your hand using a probe, as you would perform the task manually. It’s one of the easiest, most intuitive methods of robot programming available and can be used out-the-box with hundreds of robot models.

Of course, you first need to make sure that it aligns with your business priorities.

So, look at the factors above and consider whether TwinTrack could help you to take your robot operation to the next level.

To find out more about TwinTrack, check out our product page.

How could a new robot programming tool align with your business priorities? Tell us in the comments below or join the discussion on LinkedIn, Twitter, Facebook, Instagram, or in the RoboDK Forum. Also, check out our extensive video collection and subscribe to the RoboDK YouTube Channel. 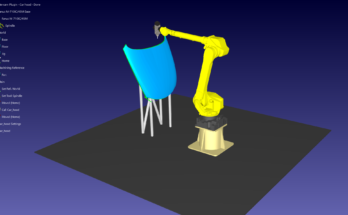 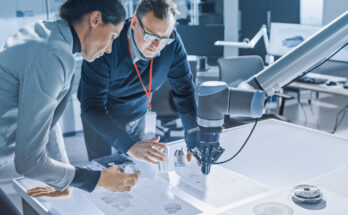 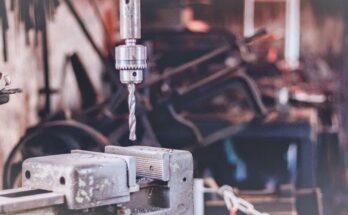