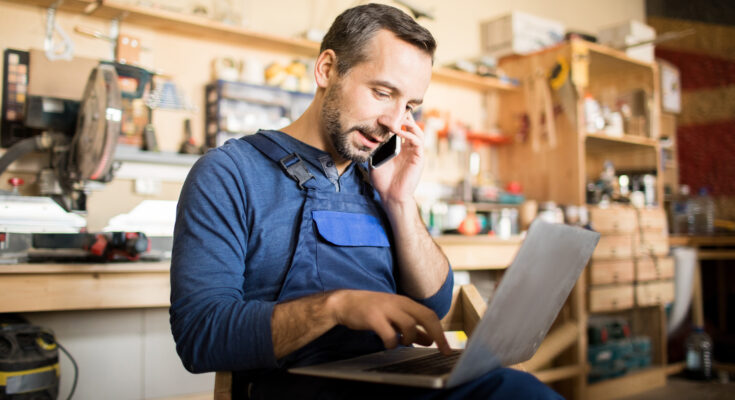 Is it possible to automate a handmade product?

When we think of handmade products, we often imagine custom-built, highly-intricate items where each piece is necessarily unique. However, many products are handmade just because the production numbers aren’t high enough to warrant using full automation.

In this case study, we show how one group of researchers into industrial plastics used a robot and RoboDK to automate a small-batch manufacturing process.

The problem with many forms of automation is that they require you to have a consistent process running at high throughput. Without this, it often doesn’t make sense to invest in automation as you can’t be confident that you will achieve a return on investment.

When you’ve got a smaller batch project, you might wonder if it’s even possible to automate.

This is the problem that one group of researchers in industrial plastics addressed with their latest robotics project. They were looking for a small, cost-effective way to automate the assembly of plastic hula-hoop toys.

The researchers of the French company “Applications Thermoplastiques et Solutions Industrielles Innovantes” (ATS2i) carried out this project. It was led by engineer Alexandre Temporel, who has been working in industrial plastics for over 15 years.

The company specializes in the design and engineering of innovative industrial projects, with specific expertise in the plastics industry. They incorporate a diverse range of manufacturing technologies, including 3D printing, machining, and CNC.

ATS2i looks at projects across the whole life cycle of industrial projects, from research and development and feasibility studies all the way up to design and prototyping.

Part of their scope as a company is to help others to modernize their existing industrial machines through advanced automation.

This is where their hula-hoop robotics project comes in.

The project in question involved the production of plastic hula-hoop toys. This is a good example of a task that is usually carried out by hand in many situations when small batch sizes are required.

The team at ATS2i created their setup as a test to see if robotics could be used to easily automate the assembly stage of hula-hoop production.

If you’re not familiar with hula-hoop toys, here is a primer…

Hula-hoops have been used as toys for over 2,500 years. To use the hoop, you spin it around your waist, limbs, or neck. Children use them for games and adults as a form of exercise or entertainment. Although hula-hoops have a long history, they significantly rose to popularity in the 1950s.

Most modern hula-hoops are made from plastic tubing, though they were traditionally made from willow, bamboo, or stiff grass.

The Complexity of Manufacturing a Hula-Hoop

As a piece of engineering, hula-hoops are very simple to make. The plastic tube is bent into a circle and the ends are attached together, usually by inserting a double-ended dowel plug.

While they are simple to produce, hula-hoops are not always manufactured at high volume. Unlike the mass-produced versions, smaller artisan makers produce them in small batches.

The task of connecting the ends of the hoops together is a good candidate for automation.

It is a good example of a task that is often required in other areas of plastic manufacturing.

The team’s project involved a simple use of a collaborative robot. As a result, the team performed the task in the workshop without the need for extra safety measures like fencing or safety sensors.

The setup and manufacturing process were reasonably straightforward.

The setup consisted of the following:

The team integrated these components into a single robotic cell that took up only as much space as a tabletop.

The process to create a hula-hoop involved aspects of machine tending (to tend the roll bender) and assembly.

The steps were as follows:

Programming the Robot with RoboDK

Alexandre Temporel and his team decided to use RoboDK to program the robot. The software is compatible out-of-the-box with UR robots and useful for tasks such as this one.

They first created the setup within the software. With RoboDK’s capability to easily add 3D models, they were also able to add a model of the roll bender. This made it easier to align the robot correctly with the machine.

Given the flexible nature of the plastic tubes, they decided that it made sense not to simulate the hula-hoops in the software. It would only add complexity to the simulation and was unnecessary to create a good program.

You can see the results of their work in this video:

How to Draw Lessons from This for Your Own Application

There are many ways to utilize robotics in your process that don’t require you to go all out and automate everything.

This case study from ATS2i is a good example of an application that is easy to deploy and relieves a repetitive task for small-batch manufacturing.

You might even argue that the product remains essentially handmade as the robot is doing the same job the human would in the same circumstances — i.e. tending the roll bender. 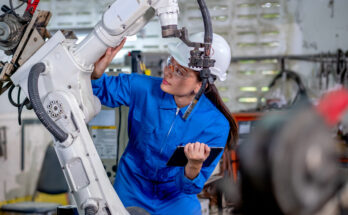 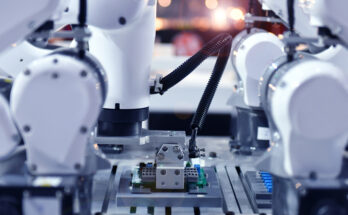 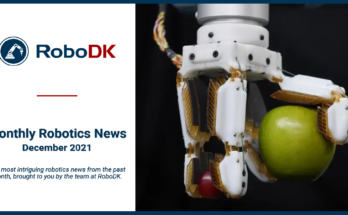