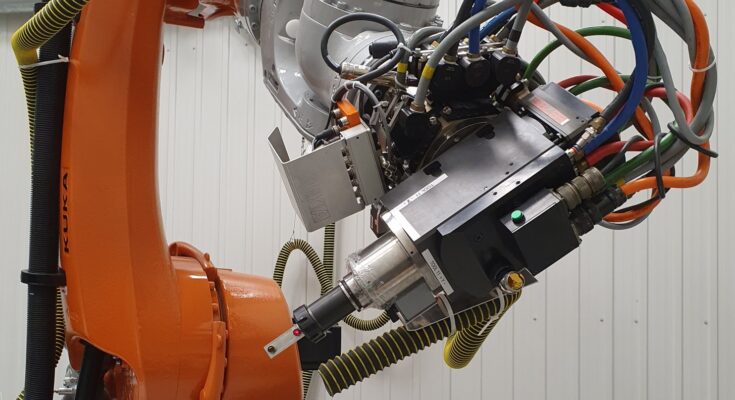 How can you improve the accuracy of a robot?

Laser trackers are a great way to calibrate your robot and improve its accuracy. Here are 5 laser trackers on the market that are perfect for robot calibration.

Sure, you could work around this restriction via your robot programming. You could jog your robot into the right position for each of the locations in its program, then just incorporate these into the program. This is the normal way that people overcome this limitation of industrial robots.

But, wouldn’t it be better if there was a way to increase the robot’s accuracy for good?

What if you could be sure that the robot would always move to the exact position it was commanded to?

When a Robot Isn’t As Accurate As You’d Like

Most industrial robots are designed to have great repeatability. This is obviously a good thing — it means that the robot will always go to the same position every time its program runs.

The problem is that every robot comes out of the factory a little different from the others. One robot might have a fractionally larger elbow link than another. The position sensor in one robot joint might be mounted slightly differently than another. These differences will be completely within the manufacturing tolerances needed to create a great robot.

However, all these slight differences will combine to mean that when you direct one robot to a position, it will end up in a slightly different position than another identical robot.

We’re talking minuscule differences here, but they mean that the accuracy of most industrial robots is not great.

This lack of accuracy is often acceptable for some robot applications and you can use the robot with the factory settings. For other applications, high accuracy is paramount and you need to overcome this common limitation.

What If You Could 10x Your Robot’s Accuracy?

Thankfully, there is a way to improve the accuracy of your robot for good. You can calibrate the robot to account for all of the inaccuracies caused during its manufacture.

Calibration can increase the accuracy of your robot by a factor of between 2 to 10 times!

How to Use a Laser Tracker to Calibrate Your Robot

Laser trackers are precise measuring instruments that can detect the exact position of a marker in space. They have extremely high accuracy and can track an object’s position within a large workspace, which makes them perfect for tracking the position of the robot’s end effector.

Robot calibration has become a very popular application for laser trackers, although laser trackers are also used for other tasks like quality inspection, machine installation, and reverse engineering.

There are several very well-established brands and models of laser trackers available on the market.

Here are 5 great laser trackers that are all compatible out-the-box with RoboDK’s robot calibration functionality:

The Radian Laser Tracker from API Metrology is one of the smallest, lightest portable trackers on the market. The company has a 32-year background in making laser trackers. The Radian has an accuracy of down to 0.7 micrometers and has a particular focus on automation.

Faro Vantage Laser Tracker is compact and portable, with the capability of tracking over a large volume. It has an accuracy down to 75 microns. The system is targeted at inspection applications and can also be integrated with a 6DoF tracking arm to allow for more complex measurements.

Leica, who are famous for their cameras and optics, also have a laser tracker offering in the form of their Absolute Tracker. It is an all-in-one portable system with an accuracy of 15 micrometers. It is designed to operate in harsh environments and has a large workspace.

Creaform C-Track is actually not a laser tracker but a stereo camera with specifications comparable to a laser tracker. The C-Track is a portable Coordinate Measuring Machine (CMM) that is designed for manufacturing environments. It uses dual cameras to generate 3D measurements of the objects being tracked in 6 Degrees of Freedom (DoF). It has an accuracy of 0.025 mm.

The OmniTrac2 Laser Tracker is another offering from API. It can be mounted in any orientation and includes features like a weather station, tilt sensors, and an integrated controller. It is designed to be more rugged and portable than other laser trackers.

Laser tracker calibration is most useful when you can easily combine the process with your robot programming system. That way, you can program your robot as you would normally, without having to worry about calculating the results manually and entering them into the software yourself.

All the metrology equipment listed above are already compatible with RoboDK. You can connect them directly to RoboDK and run the calibration procedure from within the software itself.

Visit the Robot Calibration page for more information about how to run a robot calibration with RoboDK.

What issues have you had with robot accuracy? Tell us in the comments below or join the discussion on LinkedIn, Twitter, Facebook, Instagram, or in the RoboDK Forum. 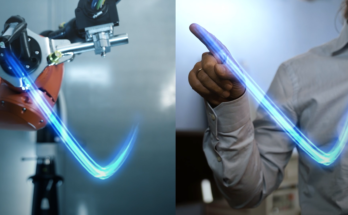 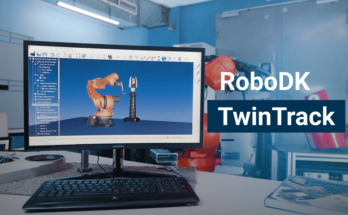