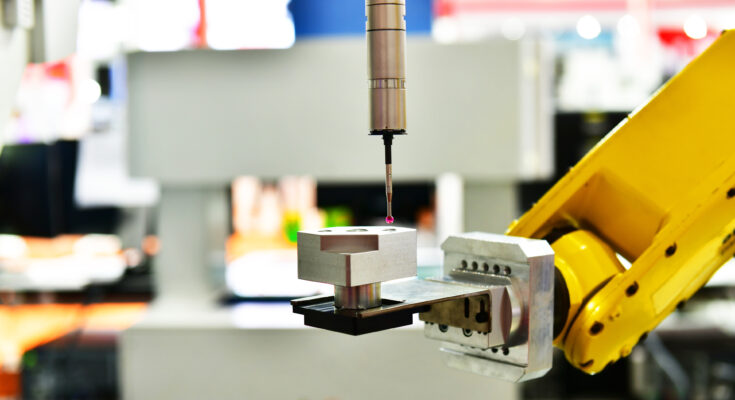 If you want your robot to perform its task accurately, you are likely considering whether you need to perform a calibration.

Is it really necessary to calibrate your robot?

What type of calibration does your chosen task need?

And which parts of the robot setup need to be calibrated?

Calibration isn’t a very exciting topic in robotics. But, calibrating your robot can make the difference between a highly accurate robotic setup and one that fails to meet your needs.

In a recent feature release of RoboDK, we added an improved calibration for robotic rails. We also released a video tutorial on Tool Center Point calibration.

This is a good opportunity to look at which parts of a robot need to be calibrated!

Do Robots Really Need to Be Calibrated?

You might wonder if your robot even needs to be calibrated at all.

After all, shouldn’t the robot already be calibrated when it leaves the factory?

There is one distinction that is important to understand in robotics…

Robots are designed to be highly repeatable, but they tend not to be very accurate right out of the box.

If you are unsure of the difference between accuracy and repeatability, you can think of them like this. If you were to instruct the robot to draw 6 points at exactly the same location in space:

Repeatability is a property of the physical robot and its design. But, to make a robot accurate, you need to calibrate it.

Robot Calibration in a Nutshell

The process of robot calibration basically involves aligning the robot’s coordinate system with the coordinate system of the environment. When you instruct a calibrated robot to go to a location in the workspace, you can be sure it will go to that exact location.

There are 2 basic approaches to calibration:

As well as calibrating the robot itself, you will likely need to calibrate the tool.

This involves running through the calibration procedure with the tool attached to the end of the robot’s flange. As the tool is the “business end” of the robot, you want this to be as accurate as needed for your specific task.

Depending on the type of tool and the task, you may choose one type of calibration over another.

For example, you wouldn’t need very accurate calibration for a rough pick and place task. Whether the tool is a fingered gripper, a vacuum gripper, or something else, it doesn’t matter if the tool position is a few millimeters out.

Other Parts of a Robot Setup That Need Calibration

While this might seem like a lot of different calibrations, you are unlikely to use all of these parts in all of your robot applications.

How to Calibrate Your Robot Quickly and Easily

Robot calibration doesn’t have to be complicated. With the right tools, you can get your robot and all your accessories calibrated quickly and easily.

To calibrate the robot and tool, you can use the calibration functionality within RoboDK. This only takes around 20 minutes to perform and it is an easy process.

If you are using a programming tool like TwinTrack, calibration is even easier as the tool itself uses a laser tracker. With the same hardware, you can both calibrate and program your robot!

Calibration can seem like a nuisance when you start with robotics. But, it’s worth putting in a little time and effort upfront to get the best accuracy for your chosen application.

What aspects of robot calibration are still confusing to you? Tell us in the comments below or join the discussion on LinkedIn, Twitter, Facebook, Instagram, or in the RoboDK Forum. 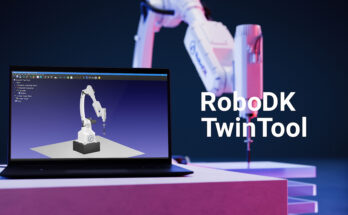 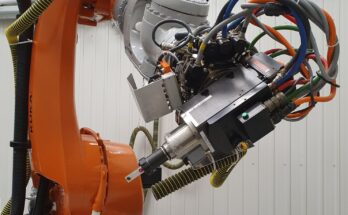